With the selection of the last two construction consortia, Lantis is gearing up to start work on the Oosterweel link. Construction began on the left bank of the Scheldt (Antwerp) and in Zwijndrecht in 2018 and will move on to the Right bank this year. Over the next 10 years, Franki Construct and Willemen Infra, both part of Willemen Groep, will be helping to build the largest ever public works project in Flemish history. Both are part of TM ROCO, which has been charged with building the canal tunnels and the new R1 North motorway.

Over the next ten years, Antwerp's road infrastructure will undergo an utter transformation: several new tunnels will be built to complete the Antwerp Ring. The Merksem viaduct will be demolished to make way for a fully sunken and partially covered Ring.

The Right bank subproject, including the Oosterweel junction, forms the link between the Scheldt Tunnel and the R1, both to the north and the east. To complete the works in the shortest possible time, a new temporary R1 will need to be constructed to the east of the existing R1 ring road. The people of Antwerp can begin looking forward to a renewed city where a safe road infrastructure forms the backbone of a greener city.

"Build of the century"

The works on the Oosterweel link are of a scale seldom seen and represent a major injection into Flanders' economy. Many Flemish construction companies will be part of one of the numerous Oosterweel construction sites in the coming years. "We will create feats of engineering both on land and underwater. The fact that we can count on broad expertise and the sharpest minds from the construction world is a great source of satisfaction. The challenge will be immense but the team we've assembled is the best equipped for it," says Peter Vanhoegaerden, Lantis Operational Director.

The developer today announced that it has selected two companies from our construction group to build the tunnels on the bed of the Albert Canal and the works to replace the existing Ring north of the city with a sunken Ring. The contracts are worth a total of approximately EUR 2.3 billion. Franki Construct (civil engineering) and Willemen Infra (road works) will carry out the works alongside BESIX, Cordeel, DEME, Denys, Jan De Nul and Van Laere.

"The Right bank subproject is of an unprecedented scale and complexity in Flanders. It is a real showpiece for the civil engineering sector. We are particularly proud to have won this contract in a context in which civil engineering groups need this sort of project to aid their recovery and as a springboard to further develop their expertise, which should have knock-on benefits for exports", according to TM ROCO.

The works on the Right bank may cause disturbances locally this year. In the following years, disturbances are possible across a larger area. A comprehensive package to reduce the disturbances, so-called â€˜Minder Hinderâ€™ measures, should ensure problems are kept to a minimum. In this way, maximum capacity will always be provided for road users during the works.Â

Willemen Infra came into being on 1 July 2018 as a result of the merger between Aswebo, Aannemingen Van Wellen and the infrastructure department of Kumpen and is a leading road builder and asphalt and concrete manufacturer.

Since 1998 Franki Construct has been part of Willemen Groep, the largest family construction group in Belgium.

Willemen Infra supplies certified road concrete throughout all of FlandersÂ» 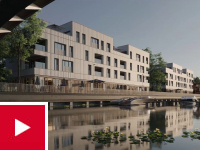 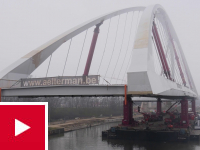 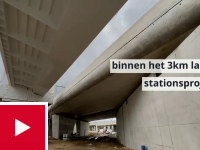 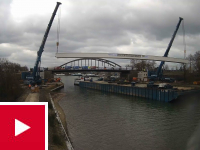 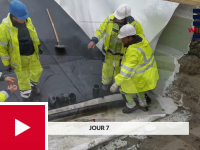 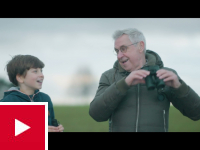